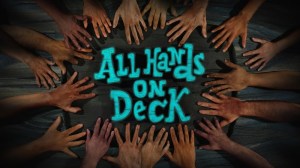 I. Introduction. The Magnitude of GHG Emissions Reductions Needed

Even if Hillary Clinton had been elected US president, there would be a urgent need for the United States to dramatically and rapidly increase its commitments to reduce its greenhouse gas (GHG) emissions. This is so because the world is rapidly running out of time to prevent extremely dangerous climate change even though 193 countries in Paris in December 2010 agreed to try to limit warming to as close as possible to 1.5°C but no more than 2.0°C.

Although the Obama administration’s promise to reduce US GHG emissions by 26% to 28% below 2005 levels by 2025 was applauded by the international community because it was a welcome break from the intransigence of the H.W. Bush’s administration’s lack of cooperation with the international community’s efforts to find a global solution to climate change, the Obama administration’s commitment was still far short of meeting the US fair share of safe global GHG emissions. This is so because the world must rapidly move to zero carbon emissions to prevent dangerous climate change.

CO2 emissions from energy and industry must be zero globally around 2050 for a 1.5°C limit, which is around 10-25 years earlier than for a 2°C limit. Full decarbonization for 1.5°C limit is therefore needed by mid-century, and mid-way through the second half of the century for 2°C limit. (Climate Analytics) 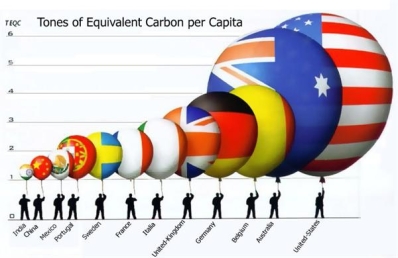 Furthermore, not only is the magnitude of GHG emissions needed to prevent catastrophic climate change impacts civilization challenging, the speed at which these reductions must be made is also civilization challenging because every day of delay makes the problem worse as high levels of GHG emissions rapidly deplete the remaining dwindling carbon budget.

Although 160 nations submitted pledges before the 2015 Paris conference to reduce GHG emissions,  even if fully implemented, these commitments are only consistent with staying below an increase of global temperatures of 3.2°C by 2100 and 3.0°C if commitments that were made conditional on events that have yet happened are fully implemented. (UNEP, 2016, p. 17).

The 2016 UNEP analysis of the gap between  national emissions reductions commitments made before Paris in 2015 and those needed to achieve the Paris Agreement’s warming limit goals concluded that there is an urgency of enhancing pre-2020 mitigation action because early action: (a) bolsters the likelihood that countries meet and exceed their existing commitments, (b) provides a more solid foundation for implementing future Nationally Determined Contributions and for continuously strengthening their ambition, (c) supports the transition towards a least-cost emissions reduction trajectory after 2020 that is consistent with the well below 2°C target, (d) is likely the last chance to keep the option of limiting global warming to 1.5°C in 2100 open, as all available scenarios consistent with the 1.5°C target imply that global greenhouse gas emissions peak before 2020. (UNEP, 2016. p. 33)

Furthermore UNEP warned that delaying aggressive action will: (a) imply that significantly higher rates of global emission reductions are required in the medium- and long-term to meet the well below 2°C target and the order of magnitude of these rates is without historic precedent, (b) reduce the ‘solution space’ and options available to society to achieve stringent emission reductions.,(c) result in greater lock-in of carbon- and energy-intensive infrastructure in the energy system and society, (d) be a disincentive for near-term learning and technology development that will be essential in the long-term, (e) translates into greater dependence on negative emissions technologies in the medium-term technologies that so far are unproven on a larger scale.(f) increases the costs of mitigation in the medium- and long-term,  (g)implies greater risks of economic disruption, (h) creates greater risks of failing to meet the well-below 2°C target,  and (i) is likely to be incompatible with meeting a 1.5°C target.(UNEP, 2016, p.33)

And so, to prevent vary dangerous climate change, the international community must aggressively cooperate to rapidly achieve civilization challenging reductions in GHG emissions. These emissions reductions should, as we have seen above, achieve net zero carbon emissions by 2050 to retain hope of limiting warming to the 1.5°C warming limit target.

Although the commitments made by national governments so far fall significantly short of achieving the 1.5 °C to 2.0°C warming limit goals of the Paris Agreement, a positive development in the last few years is the increasing number of non-state actors who have made commitments to reduce GHG emissions, some of which would achieve emissions reductions greater than those that will be achieved by the national commitments alone.  Such non-state actors include: the private sector, cities, regional governments, and other subnational actors including citizen groups, all of which are referred as “non-state actors” under a new program created  by the UNFCCC. The program is called NAZCA which means Non-state Actors Zone on Climate Action.

NAZCA currently identifies commitments to climate action by 2508 cities, 209 regions, 2138 corporations,260 banks and financial institutions, 238 civil society organizations, and 77 cooperative agreements which include commitments to action that are being undertaken collectively by a variety of companies, cities, and sub-national regions.

As we described in a recent entry on this website about the recently concluded Marrakech negotiations, many governments around the world reported at the Marrakech COP on new successes in installing non-fossil energy and intentions to move toward zero carbon energy systems in the years ahead. Although this writer has been attending climate negotiations since they started after the 1992 Rio Earth Summit, I had never before seen at a COP such significant support for climate change programs by sub-national governments and other non-state actors.

I also heard throughout the Marrakech negotiations government and non-government organization representatives defiantly proclaim that they were going to go ahead to implement climate change policies despite the fact that US President-elect Donald Trump might prevent the United States from fulfilling its climate change obligations to the world.

IV. The Importance of Non-state Actors in the United States

This article explains that the civilization challenging magnitude of action needed to reduce GHG emissions to non-dangerous levels coupled with the speed that is needed to make significant reductions requires a much more aggressive response to climate change than national governments have been willing to commit to thus far. Yet there is some hope of the world achieving greater GHG emissions than levels currently committed to that is now visible from the expanding commitments that non-state actors are beginning to make around the world. For this reason, the international community’s best hope of reducing global GHG emissions to safe levels may depend on both nations and non-state actors ramping up their ambition on GHG emissions reductions. Therefore a call for an “all hands on deck” approach to climate change, that is an approach that calls for action by all levels of government and all sectors, including the private sector, non-government civil society organizations, and individuals to reduce GHG emissions, is currently warranted given the enormity of the scale of the problem.